I'd like to give a shout out to the postal employee who did not kill the lady in line in front of me. He would have been totally justified if he had. He just smiled and nodded along like a good customer service person should. 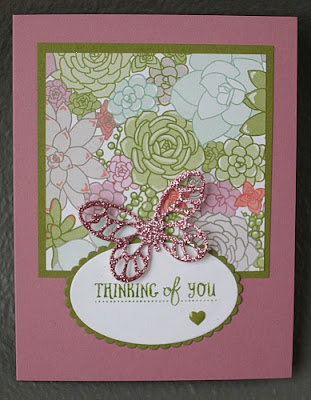 It started with her slapping a tracking number down on the counter and demanding to know where her package was. The postal dude politely explained that you can go online and check the tracking number and that way you wouldn't have to come into the post office and wait in line. She was having none of that telling him that she didn't go online or mess around with "any of that nonsense."

Nonplussed, he explained that there was a phone number you could call as well to check the tracking number. She interrupted that spiel to inform that she did indeed call and the package was not received because the person she sent it to told her so. After some serious back and forth we discovered that the phone call she made was not to the PO tracking line but to the person she sent to the package to.

Finally the harried postal worker took the number from her and went into the back. Presumably to look up the number and maybe sneak a sip of gin. He came back to tell her that the package was returned to her because it could not be delivered as addressed. "So, where is it?!" she wanted to know, going on to explain that she was told that it was in Phoenix (where our mail is sorted) on Monday but she still didn't have it back.

The postal dude told her that it was back at her branch postal office, the one that serviced the zip code where she lived. "Yes, so I'm here to pick it up," she patiently explained to him. He equally as patiently explained to her that it wasn't at the branch she was in, but that it was in the one that serviced her zip code. Frustrated she told the man, "But I don't like that branch" and left in a huff.

You just know she considers that poor service. After all, the PO should just magically know which branch she likes best and return the package there, or better yet delivered it to the address she meant, even if that wasn't she wrote on the box.

The Fine Print: I shall raise a drink in toast of that poor man, from one customer service slackey to another. Of course, my drink will only be OJ but the thought will be there. Card supplies by Stampin' Up, which you can have delivered to your house or a postal branch near you.
Posted by Princess Judy Palmer at 5:30 PM

Email ThisBlogThis!Share to TwitterShare to FacebookShare to Pinterest
Labels: Butterflies, Garden, Stampin Up

Well done on a story well told Princess J - and that is so typical of some folks - well done to the wonderful civil servant who coped (with or without gin).
BTW the card is stunning - love it
Blessings
Maxine

Good grief! The mind boggles that people can be THAT dense doesn't it? Hats off to the Postal Dude for keeping his cool and smiling throughout!

LOVELY paper you used on the card and fab layout too.

Have a lovely Easter weekend . . . we get a nice long one in the UK.

At least you had entertainment at the PO while you waited in line! Poor postal worker :) Lovely card - pink and green is one of my fave colour combos. x

Gorgeous card.
For all the bad things people say about the PO, this incident makes it pretty obvious a lot of the problems are "operator error" and not the PO's fault.

Sadly, yes, poor postal service does work both ways. What a dingbat that lady was! What she lacks in brains, she made up for in arrogance!! Poor guy. I'm drinking to him, too. And to you and all the world's customer service lackeys! Of course, I was drinking anyway, but now I feel more like I'm doing it for a cause rather than just because I pulled my left wing muscle and it hurts like a sonagun. Love your card! I just been usin that pretty paper, too! Happpy Easter Bunny Hugs, Darnell

This is such a pretty card, PJ! Love that sparkly butterfly! I'll bet that postal worker tipped a glass when he got off duty! It's amazing what you can see and hear in line at the PO!

Oh dear and they dont know enough to be embarrassed themselves, so we stand in line embarrassed for them. Cheers to the postal man.

That is one gorgeous card today, so beautifully colored and designed! And then there's that postal (and I mean that literally) customer who tried her best to ruin everyone's day because she had no clue what she was doing! It's a sad story because this sort of thing happens much too often anymore and sadly everyone else gets caught up in their drama. Thumbs up to the customer service rep for not committing a violent crime against a female customer! LOL I admire his patience!!

Some people are just unbelievable! I hate being behind rude people at the post office or the grocery store! This is one beautiful card, Judy--absolutely love it! Just for fun, you should take one of your masculine cards with you next time & give it to that poor clerk--wouldn't he be surprised?!