I don't really have anything to say today.  However, that isn't supposed to stop one from blogging, so *sigh* here we go. 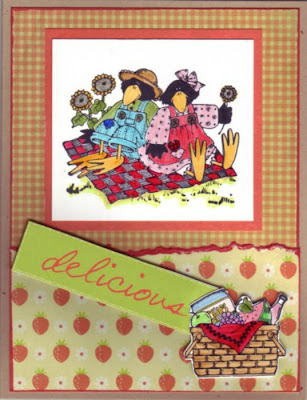 Earlier this week I was banished to the wasteland that is known as the switchboard.  Anyone who says there is no such thing as a dumb question has never worked a call center or a switchboard.  That day produced so many gems I can't even remember them all. My favorite was the lady who called and wanted to know the difference between going to school in Arizona and going to school in Florida.  The only thing that my fevered brain could come up with is, "Uh... it's more humid in Florida."

My favorite overall student story happened early in my career of working here.  A young man came in and slapped a grade mailer down on my desk and pointed out a class.  "I need this class and grade taken off my records immediately!  It looks bad!"

I look down expecting to see an F grade, because what else would look bad on your college transcript (okay, the answer to that is a W, which stands for withdrawn, which means you didn't complete the class, which for some reason many college students think 'it doesn't count,' but oh, honey, it does). I was totally surprised that the grade was an A.  I pointed out that the grade in question was an A and it doesn't get any better than that.

"Oh, but see," he pointed out, pointing to the previous semester, "I took that exact same class before and got an A in it then too."

"It looks STUPID!" he shouted.

"Well, why did you take it twice?"

"I didn't realize it was the same class until I saw the grade mailer."

Nope, nope, I didn't point out to him that not only did it look stupid, it must BE stupid, that one could take the exact same class that one had completed mere weeks ago a second time and not notice that it was the same information until they saw it on a grade report.  No, siree, I did not.  But I was sorely tempted.

His biggest worry was that a potential employer would see it and think it was stupid or weird.  I explained to him that transcripts were an official document and we weren't going to alter them just because they looked off.  I also told him no employer would see his transcripts unless he handed them over; that employers were more interested in the degree or certificate than the individual classes a person took; that he could always say he found the subject fascinating, so much so he wanted to repeat the class; that really if that was the worst thing in his college career he was doing good; anything really to get him out of my office so I could share this story.   With you.  On the Internet for God and all his future employers to see.  So there.

This job of mine.  It's totally a picnic.  In the sunshine.

The Fine Print: picnic stamps by Stampin' Up, they were bought separately at different times and I don't think they are from the same set even, papers from a UK magazine.  And the Florida lady really just wanted to know if she took classes here would they transfer to the college she was thinking of attending should she decide she really wanted to move to Florida, but yeah, she wasn't really sure she wanted to do that (move to FLA or come here).  The guy and his class, um... it was for wastewater management. His job.  Probably not a picnic in the sunshine.

Email ThisBlogThis!Share to TwitterShare to FacebookShare to Pinterest
Labels: Food, Stampin Up

Having nothing to say never stopped me ;)LOL, and I loved the student mailer story, that's a hoot, and yes, I've heard them too having worked in a call center! We sold Victoria Principal beauty products and I can't believe how many times people seemed to be thinking she was walking the floors, and I could yell over my shoulder, hey Vickie...come over here and talk to this person! lol hee hee waving hi from the hills of North Carolina :)

Love your card PJ, and the tales today are hilarious. Thanks for a laugh to start the day off over here - trust me, it's a monsoon outside right now :(

Thanks for making my snigger today!

What a hoot of a story. Love your picnic card. sandy :)