Ooh, yeah.  I haven't updated my blog in over a week.  I haven't made anything new during the last week because I trashed my crafting area in the name of getting better organized and currently there is no room to play (or sit, or walk, or exist actually).  Luckily for you all I still have photos of cards I made over the holiday break to share. 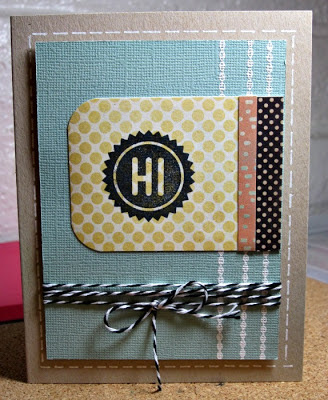 Have you ever started a project that you thought would be no big deal and it turned out to be way more extensive than you could have ever imagined?  Yeah, that is what happened in my craft area.  I demanded some more shelves for my punch shelf and the Shelf Fairy immediately delivered (something about having extra shelves in the closet that I had forgotten about).  That wasn't a big deal, right? Take all the punches and stamps out, rehang the shelves including the new extra ones, and then put all the stamps and punches back right?  Well, no I decided to make that complicated as well, finding more punches hidden throughout the house to add into the mix and deciding on others to purge.  The end result was nice with nothing but punches on the shelves, all nicely organized and not piled up. 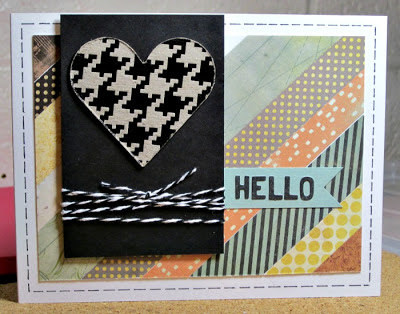 However, that made me decide to do something similar to the large bookcase behind my desk that houses stamps and piles of junk.  The end result is supposed to be nicely organized and labeled containers of stamps with minimal stuff.  I had some new containers to add into the mix to help ward off dust and curious cats.  However, the new containers didn't fit.  However, there was way more miscellaneous stuff on those shelves than I realized.  However, it was all just way more than I imagined.  It is all just piled and heaped in random places in my living room.

I did manage to purge a large pile of wood mounted stamps.  By purge I mean toss them into a box that they then overflowed.  I wondered what I should do with them to actually get rid of them.  Then yesterday, the answered arrived via email.  A group of women who teach paper crafting classes is hosting a crafting yard sale on February 16th. I purchased a slot and I'll be there with my large box of stamps, my even larger box of paper, my medium sized box of punches, and miscellaneous plastic containers to sell.  If you'll be in the 'hood that Saturday, stop by the VFW on Roger Road and buy my shit!

The Fine Print: More Simon Says Stamp Stuff from the "Serenade" kit.  I promise that one of these days I'll have cards from some other kit on this blog.  There were many kits hidden in the random stuff on that bookshelf.  And have I mentioned that the bookshelf is but one small part of my crafting area?  There are lots more areas to make messes with!
Posted by Princess Judy Palmer at 10:47 AM

ROTFLMAO!!! Organizing is way over rated! I went through that last summer and now, 6 months later, it needs it again!!Good luck at the sale!!

Hi PJ
LOl, funny how one thing leads to another. you should have put WOYWW in the title 'coz that was quite a tour. Sadly too far to come to buy .... anyway I have enough s### of my own
Have a great WOYWW
janet #38

Yes when you start a project you think.. Oh yea what a great idea that wont take long I will just pop up those shelves and pop the punches on there.. A week later and you are sill doing it. Yep did that with my veggie garden.. We where like yea we will just divide it up into 6 beds instead of 2 and raise the edges all around it.. 3 months later and it was done. It never looks as much to do until you start and then you think what have I started here.. It was so worth the mess and the work and I am sure your reorganizing will be too.
Sandy :)

Wow - sounds like you have been awfully busy!! Hope you get it all sorted soon. I have been trying to tidy up my craft room these past few weeks to make space to work on a big batch of wedding stationery - but its one step forward and two steps back - so I've some idea of what you mean!
Bernice #63