The Bus is Late

But that doesn't stop people from calling and asking us about them. The other day I was asked if I could Google a phone number for a casino "after all you have a computer right there in front of you." Indeed I do so I did. The very next call was asking me what road the airport was on. I mentioned to my fellow phone-answerer these calls and she told me she recently told someone how to cook fish. 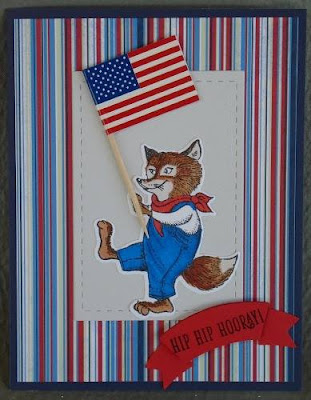 I suppose it is all fine and well if we aren't busy and we know the answers. Yesterday a different phone-answerer got upset because the caller wanted to know why her city bus was late. My coworker told the lady she had no idea and that was a question best asked of the city bus people and offered to look up and give out the city bus hotline number. But no the caller insisted that she called our number all the time and "that nice lady" would look up her route and times for her.

I can attest that I am not that "nice lady" because I don't know the first thing about riding the bus and neither did the my coworker. The lady insisted and persisted, wanting to talk to the supervisor about our lack of customer service. She hung up in a snit before we could get the supervisor involved (and he said he backed us all the way for not giving out city bus information).

Seriously, the city bus people will know if the bus broke down, or was hijacked, or if the routes and times changed. All we know is that we are the end of the line for several different city bus routes. I guess we also know that unless you pay a return fare the bus driver kicks you out here rather you wanted to be way out in the desert boonies with us or not.

The Fine Print: Still celebrating my independence from riding city busses and all that other good stuff. Stamps and banner punch by Stampin' Up. Other stuff from my stash.
Posted by Princess Judy Palmer at 10:12 AM

Email ThisBlogThis!Share to TwitterShare to FacebookShare to Pinterest
Labels: July 4th, Stampin Up

Well this is a fun card, and so is your story! I guess it's no fun for you when you have to receive those calls, but you have to shake your head and wonder sometimes :) It all makes the world keep going around I suppose :)

That little flag toothpick is perfect for cards! I need to use that idea next year! Super fun card.

so cute, mr. foxy card with his toothpick holder flag. In regards to post...SOME people...cheeeesh!

Sounds like you could have a long list of interesting calls. Love everything patriotic, especially your fox.

Some people really take the biscuit don't they! Now, WHAT time is the city bus to the Boonies please?

Love your marching fox in the red, white and blue.

Belated Happy 4th to you PJ.

such a sweet card....celebrates a great time for your country.

Funny story...I guess it takes all kinds of people to make up this world...without some of them, we wouldn't have funny stories to tell! lol
xx Karen

I thought we got weird calls at the library! I guess they figure since you are a college, you guys know everything! Love your marching fox with his American Flag! The best 4th of July card ever!

Best use of one of those little cupcake flags.
I used to work at the newspaper (pre-internet days), and we got those calls all the time. Who are the Senators from Georgia? What's the stock symbol for XYZ Co, etc. Like you, I'd answer if I knew, but I do remember telling some kid at one point it wasn't my job to do his homework and he should visit the library.

Such a fun card Judy, an adorable image.
Pauline - Crafting with Cotnob
x

What a darling design and colors Judy.

its so nice card!
hugs

Is that darling Mr Fox celebrating the day off work, which means no daft questions?? You really do get a variety of calls!! Love your fun card Princess J, and yes, you do deserve to be a princess when you politely answer such weird and off the mark questions - just as well the 'bus lady' didn't get you on a bad day ;-)
Blessings
Maxine

LOL - you definitely get some weird questions!! Lovely card - just might have to get that stamp set now!
Bernice

And I thought I used to get strange calls at work! You made me laugh & I absolutely love this darling card!

I can think of a few questions I would like answers to - so- what's your college number please!